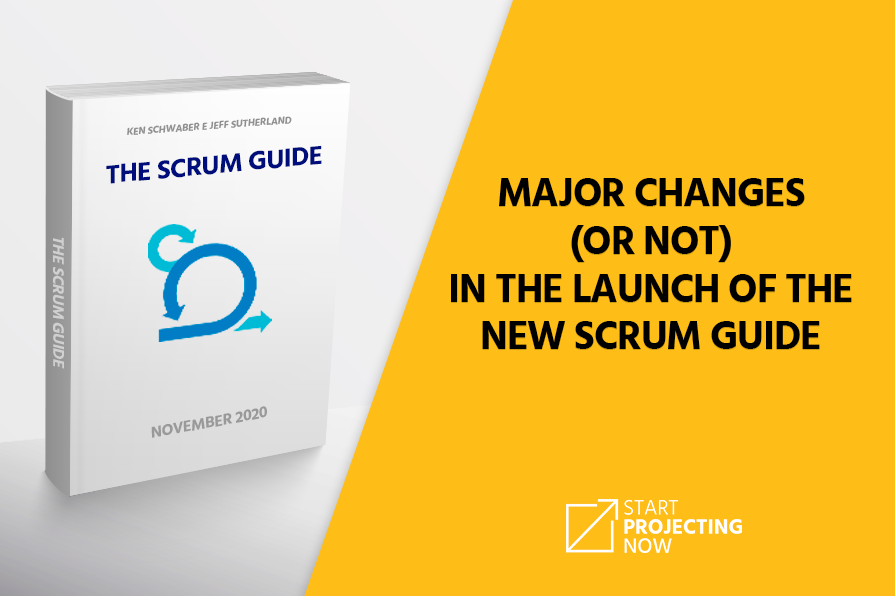 In this article you will know everything that has been updated in the new version of Scrum Guide 2020. What are the most significant changes and what is important for you to know about the Scrum framework with the release of this updated version of the Scrum Guide.

Last Thursday, November 18th, we had the launch of the new version of the Scrum Guide presented by the authors Ken Schwaber and Jeff Sutherland. The occasion also celebrated the 25th anniversary of the creation of Scrum.

I must be honest … I was expecting more robust changes to the guide, but I was also not disappointed with this new version.

For those who are already used to working with the Scrum framework, I would say that the changes were not so radical, but they were important changes and that will facilitate the understanding and adoption of Scrum.

In summary, the main changes were as follows:

I will detail each of these changes.

Since the beginning of the presentation of the new guide, the authors have tried to make it very clear that Scrum is a framework and not a methodology (a cake recipe that we must follow by the book).

The purpose of the guide is to provide the minimum of information and rules to be implemented and complemented with other practices.

An interesting example of this change is the elimination of the 3 questions (what I did, what I am going to do, there are some obstacles) that were recommended to be asked during the daily Scrum meeting.

In fact, these questions were never mandatory. They were actually examples of questions that could be asked to guide the daily meeting, and which came to be considered a strict rule in the implementation of Scrum.

Making the Scrum Guide less prescriptive is an attempt to allow the full adoption of the scrum framework while leaving the possibility of completing the project’s execution with other necessary practices according to each context.

UNIQUE TEAM FOCUSED ON DELIVERY OF A UNIQUE PRODUCT

Now there is only ‘scrum team’. There is no ‘development team’ and ‘scrum team’ to confuse beginners ’minds.

The Scrum team is now made up of the Scrum Master, the Product Owner and the Developers. One team, three responsibilities.

Understand by ‘Developers’ all other components of the Scrum team other than the Scrum Master and Product Owner. That’s it!

This team is now fully focused on product delivery

INTRODUCTION TO THE PRODUCT GOAL CONCEPT

A novelty in this new version was the introduction of the ‘Product Goal’ that will guide the team in achieving the ultimate goal of the final product. More than that … the product’s goal should guide the team towards the company’s strategic objectives with the delivery of the product.

The Product Goal must be registered (not only verbalized) so that all interested people can know and work to achieve this goal. The Scrum team can only assume a new goal when the previous one has been met or abandoned.

The Scrum Guide 2020 clearly defines the 03 artifacts of the scrum framework: The Product Backlog, the Sprint Backlog and the Increment. These artifacts are committed to the Product Goal, the Sprint Goal and the Done Definition, respectively.

These last two were already present in the previous version of the Scrum guide. The difference is that they are now treated in isolation from events and identified as ‘commitments’.

SELF-MANAGED TEAMS INSTEAD OF SELF-ORGANIZED

From my particular point of view, this change is the one that will generate more controversy in its application.

Teams should now be self-managed rather than self-organized.

The authors’ objective is to send a clear message of the importance of the Scrum team having autonomy and assuming the responsibilities of its management.

An important piece of information is that the PO can be working in several teams.

The recommended limit for participants on a Scrum team has changed slightly. Before, there were 3 to 9 people, in addition to the SM and the PO. Now there are a maximum of 10 people including the SM and the PO.

If you have more than 10, then you should divide the team into smaller teams, keeping the same PO and the same Product Backlog.

One change that I particularly liked was the simplification of the language to describe the Scrum framework. Even more interesting was the elimination of references to software development projects (tests, systems, design, requirements, etc.), after all Scrum is not only applied to IT projects.

Another example of simplification is the removal of the conditions for canceling the sprint. Other excerpts on the definition of Scrum, Scrum theory, values and Scrum team were greatly reduced.

This simplification comes in line with a very important concept adopted for the creation of Scrum which is Lean Thinking. The authors even added this information to this version of the Scrum Guide.

OTHER CHANGES IN THE NEW VERSION OF THE SCRUM GUIDE

At the Sprint Planning meeting, the question ‘why’ was added in addition to ‘what’ and ‘how’ in defining activities. The team must answer ‘Why this sprint is valuable’ and ‘Why it should be done’.

All of these changes caused the new Scrum guide to lose 5 pages from its previous version. There are now only 13 pages in the English version.

Now we have to wait and see how organizations will adapt to these changes and perhaps, we will have even better results with the use of Scrum. 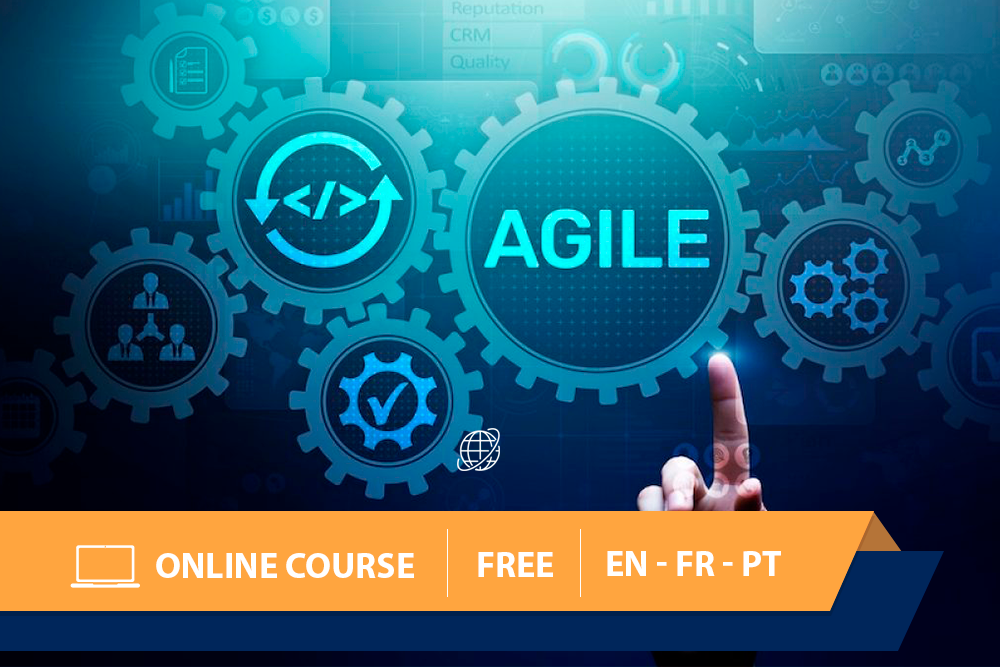 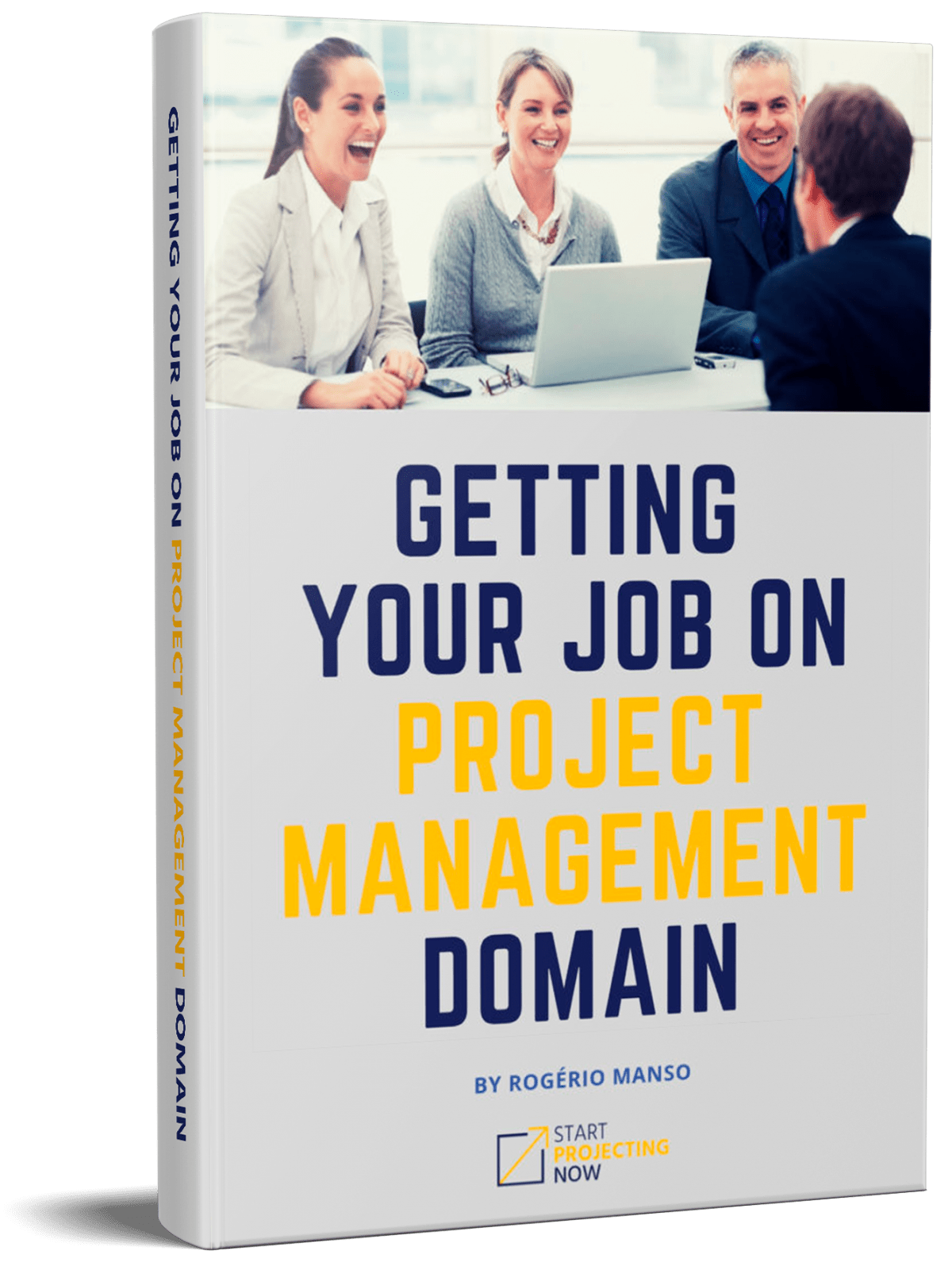 Download your free ebook 'Getting your job on Project Management domain'.

Get your free ebook NOW

← Accidental Project Managers - 05 steps to start appearing as a professional
We are all project managers ...including you →